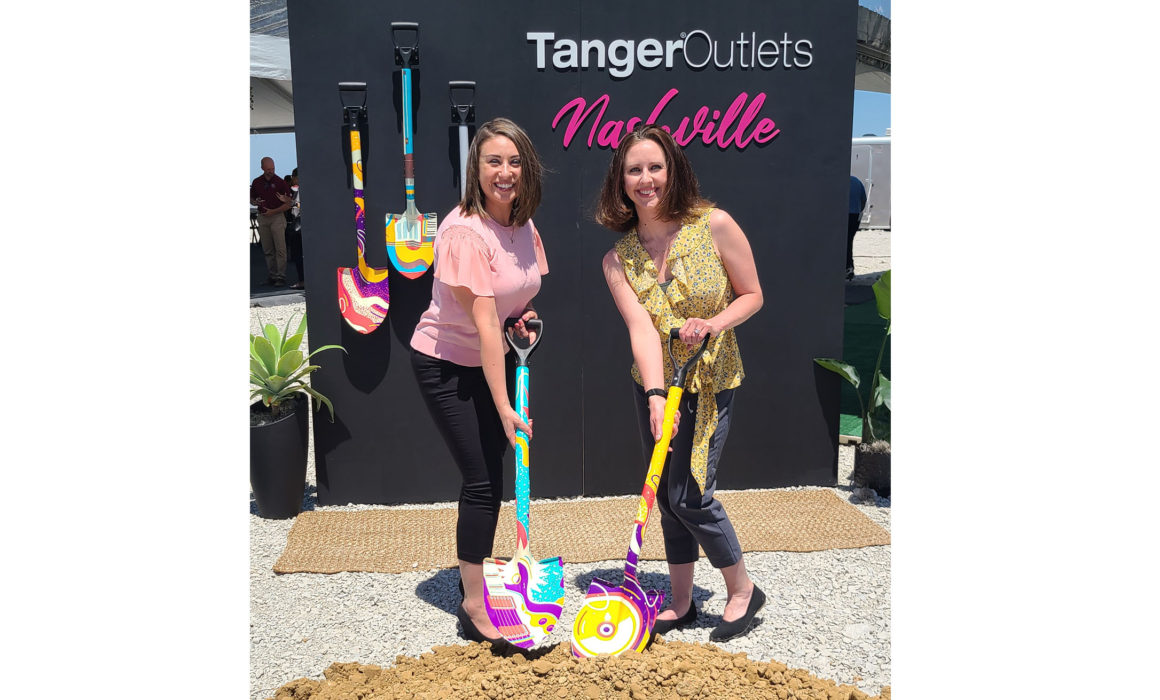 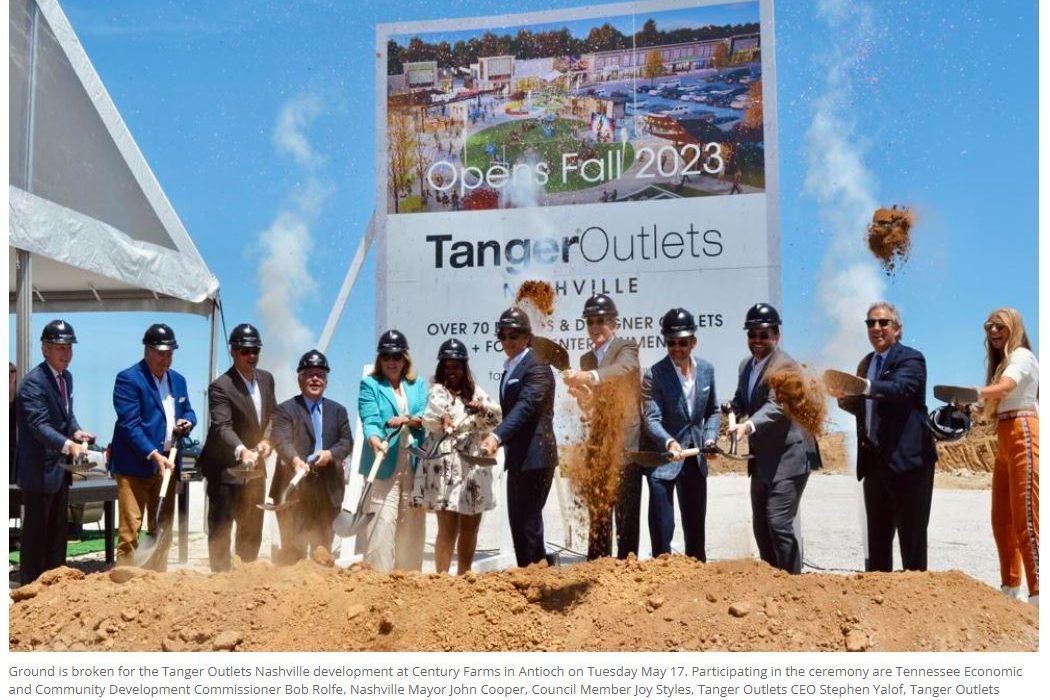 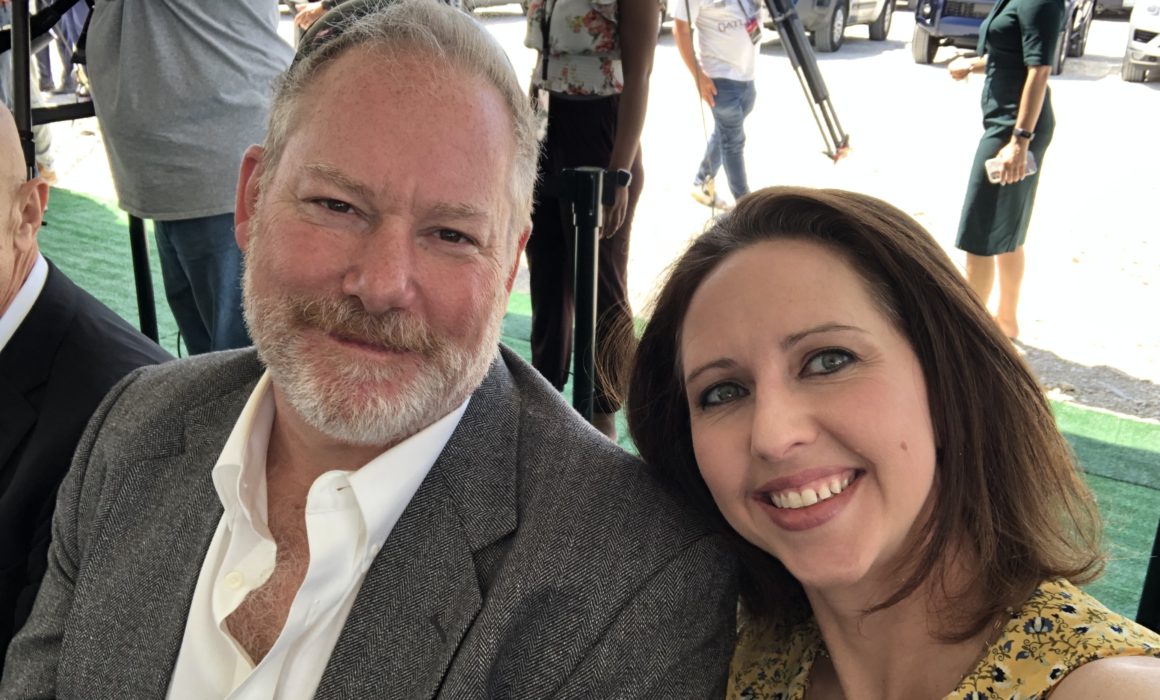 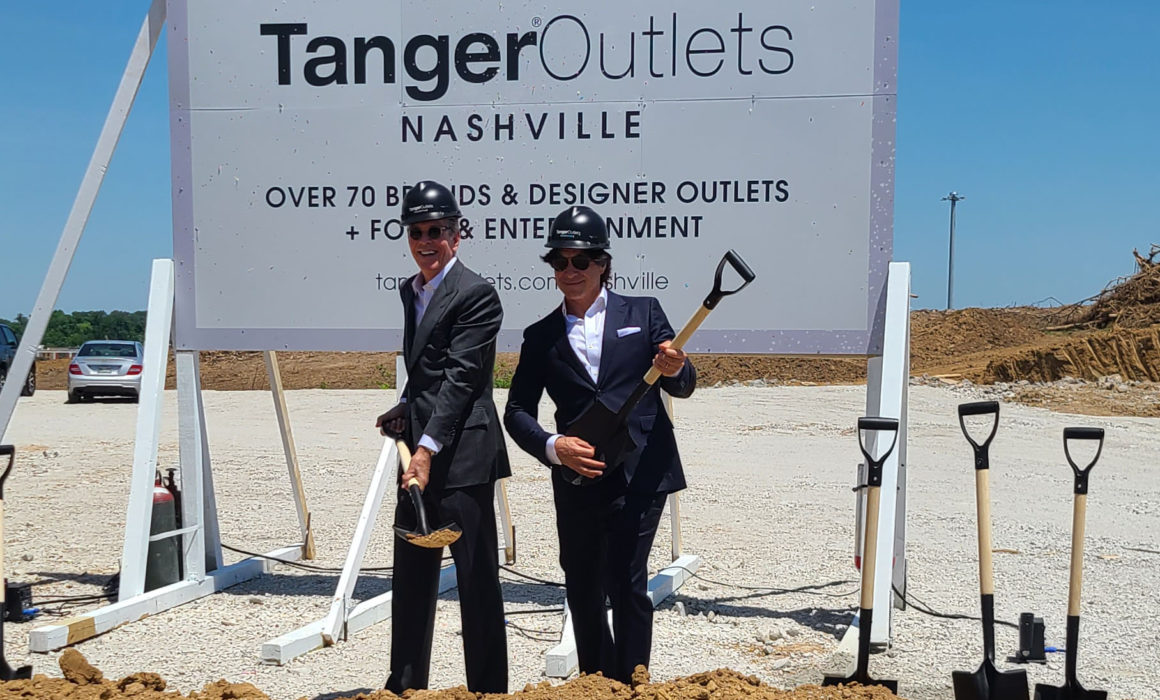 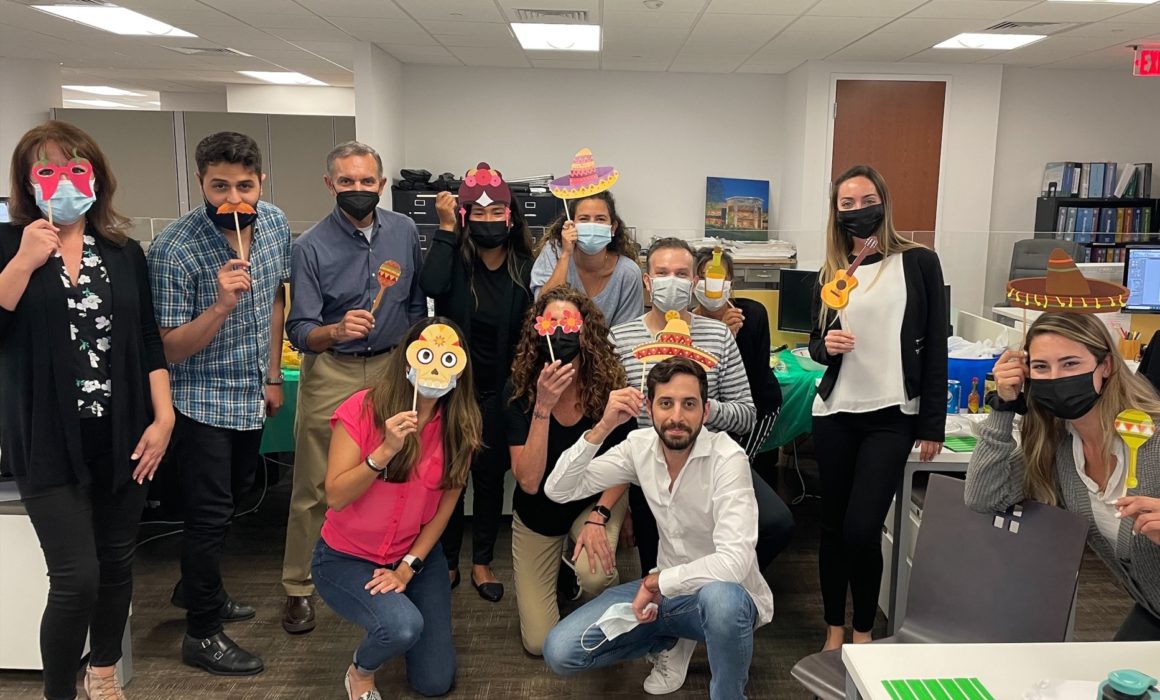 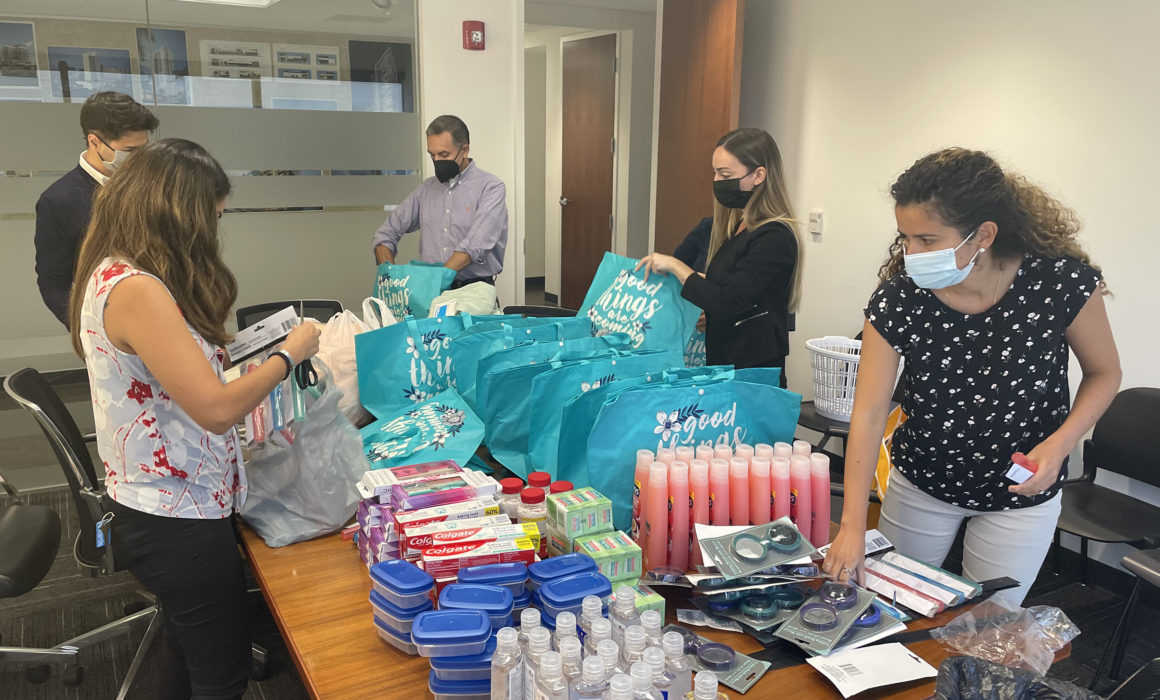 The DYI Team came together this April and created Care packages for Prodihogar Foundation in Columbia. Prodihogar is an organization that provides temporary housing and support for cancer patients during their treatment helping them sort out the numerous difficulties they encounter with dignity.

October 2019: The DYI team celebrated Halloween with an office potluck lunch. Staff was encouraged to dress up for the Holiday.

The International Council of Shopping Centers (ICSC) has named Dorsky + Yue International as a commendation winner of the 2016 U.S. Design and Development Awards competition for The Easton Gateway District located in Columbus, Ohio in the New Developments Category; recognizing excellence, innovation and creativity in the U.S. retail real estate industry.

Easton Town Center was initially opened in 1999, it was recognized as one of the first open-air mixed-use centers, setting a new standard for place-making businesses.  Fifteen years later as its surrounding demographics continued to attract tenants, the center expanded with the 54-acre Gateway District incorporating 668,000 sq. ft. of big box, junior retailers, specialty shops, restaurants, and class “A” offices above retail.  To blend into the existing development while creating its own distinct identity, designers conceptualized a modern retail center built on a turn of the century “re-claimed” industrial facility thriving for years and depending on the economic activity of the town.  The project, divided into two zones, is positioned to facilitate pedestrian cross-shopping convenience.  The centrally located and architecturally cohesive Main Street and the Peripheral Buildings, which include larger structures positioned around the main block, convey a diverse architectural character.  The architecture of Easton Town Center reflects typical Midwest small towns with strong traditional undertones incorporating contemporary expressions to enrich the composition.  The Gateway District buildings portray a traditional industrial style complemented with a few modern statements to add vibrancy and reinforce the concept of evolution and growth over time.

DYI celebrated the new year with a dinner party at the Cleveland Museum of Art. Modeled after the Beaux Arts Ball that originated at the Ecole des Quatres Arts School of Design in Paris, guests were encouraged to dress in costume representing their favorite artist, building, or work of art.

DYI is a Commendation Winner for a 2015 International Council of Shopping Centers (ICSC) US Design & Development Awards for the Design of Palm Beach Outlet in West Palm Beach. 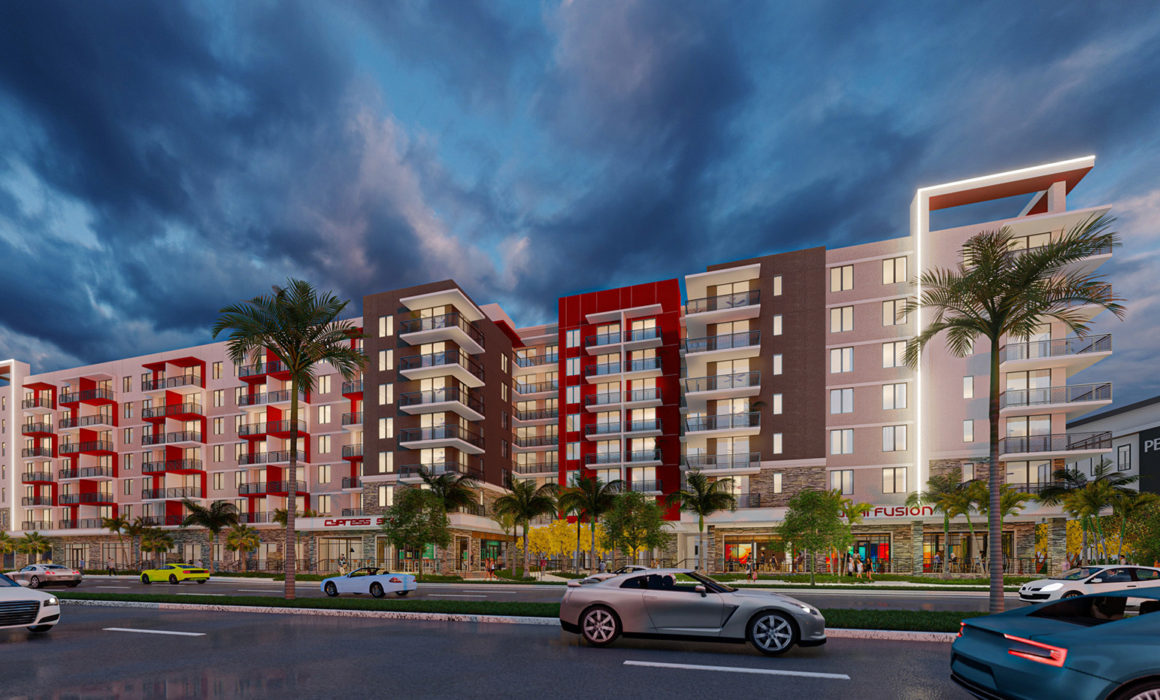 DYI is a Commendation Winner for a 2015 International Council of Shopping Centers (ICSC) US Design & Development Awards.

The President of the Republic of Azerbaijan Ilham Aliyev opens the Dreamland Golf Club as part of the Master Plan Community designed by DYI.